The beautiful Whisky Bar is currently only available for private events, but we look forward to re-opening to the general public in the future.

How to get to Lews Castle

Lews Castle overlooks Stornoway Harbour. Access by car is via Willowglen Road, off the A857, and for pedestrians via footpaths accessible from the bridge at Bayhead or further north at the former porter’s lodge. If you are using a navigation system, our postcode is HS2 0XS.

The Lews Castle Grounds are located in Stornoway, on the North East coast of the Isle of Lewis. The ‘Grounds’ as they are known locally, cover over 270ha which include woodland, parkland and gardens associated with Lews Castle.

The Grounds were originally laid out in the 1850’s by Sir James Matheson and have been in community ownership since 1923. The close proximity of the Grounds to the town means it has a long history as a public park and ‘playground’ of the town.

The grounds are an outstanding example of a mid-to-late Victorian ornamental and estate landscape, with fine elevated views over Stornoway and beyond to the sea. Carriage drives and an extensive network of paths provide access through and around the grounds, creating numerous circuits and providing a variety of vantage points.

The main vehicle entrance into the grounds and to Lews Castle is from Willowglen Road. This is near the Porter’s Lodge which was the original entrance and is now used as a pedestrian access. The main pedestrian access from the town is from Bayhead Street, beside the Bridge Centre.  There are other pedestrian access points at the Marybank and Creed Lodges. 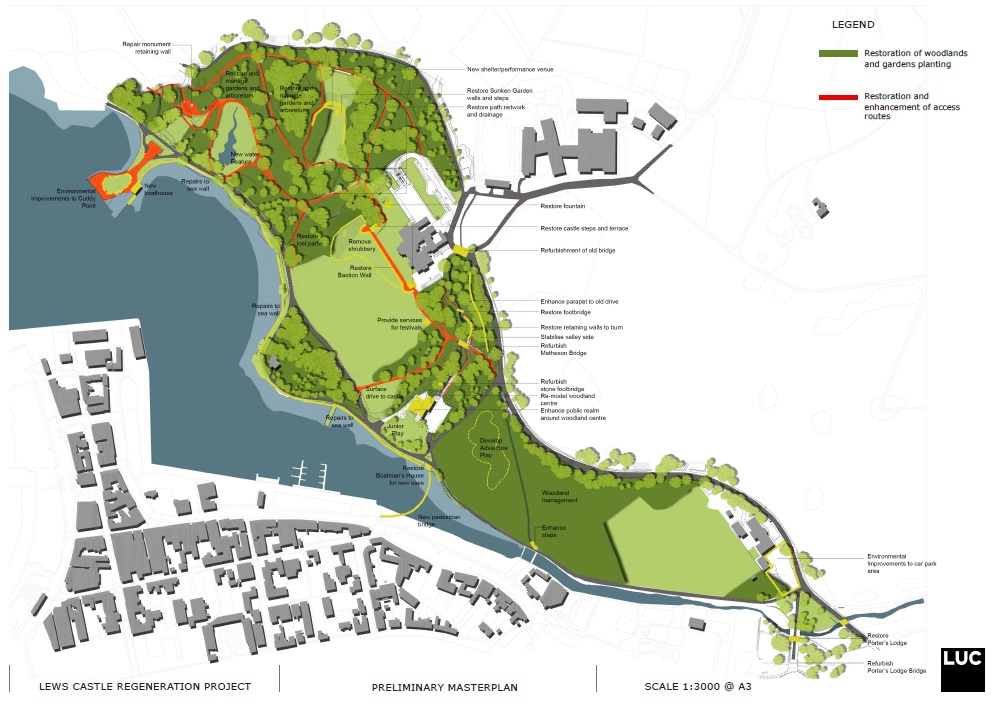 The Lews Castle Grounds Regeneration Project is a partnership initiative by the Stornoway Trust and Comhairle nan Eilean Siar. Lottery funding of almost £4 million under the Parks for People Programme and repairs grant from Historic Environment Scotland will be applied to a range of essential restoration and improvement works.  The Project will also generate new activities and create capacity to maintain the Grounds in future.

The initial phases of the project will focus on the key historic features within the core area of the Grounds – an area of around 20 hectares bounded by the Main Drive and the Shore Road as far as Cuddy Point.

Contractors are now being sought for the first phase of the Project and work on the ground is expected to start in the Spring of 2018.

The first phase of works will include the repair and restoration the Porters Lodge and the Boatman’s House – two important historic buildings which need comprehensive repair to give them a new lease of life. Other works in the first phase will include restoration of the Castle terrace, steps and bastion wall and new drainage in the private gardens and on the Castle Green.

The second phase of the project will focus on restoring the soft landscaping and historic planting schemes in the core area and particularly in the former gardens immediately south of the Castle.

The Project Team developed the following mission statement for the project in consultation with representatives of Castle Grounds users:

“We will work together to make the Castle Grounds safe, accessible, inclusive and inspiring for people of all ages and abilities.

We will manage the Grounds as a community owned asset with ambition to create a sustainable resource, enabling a wide variety of activities for individuals and groups, mixing wild-lands and managed spaces.

We will support and enable people to engage with the environment, the history and archaeology, sport and culture, to learn, to excite all their senses and to participate in healthy activity.” 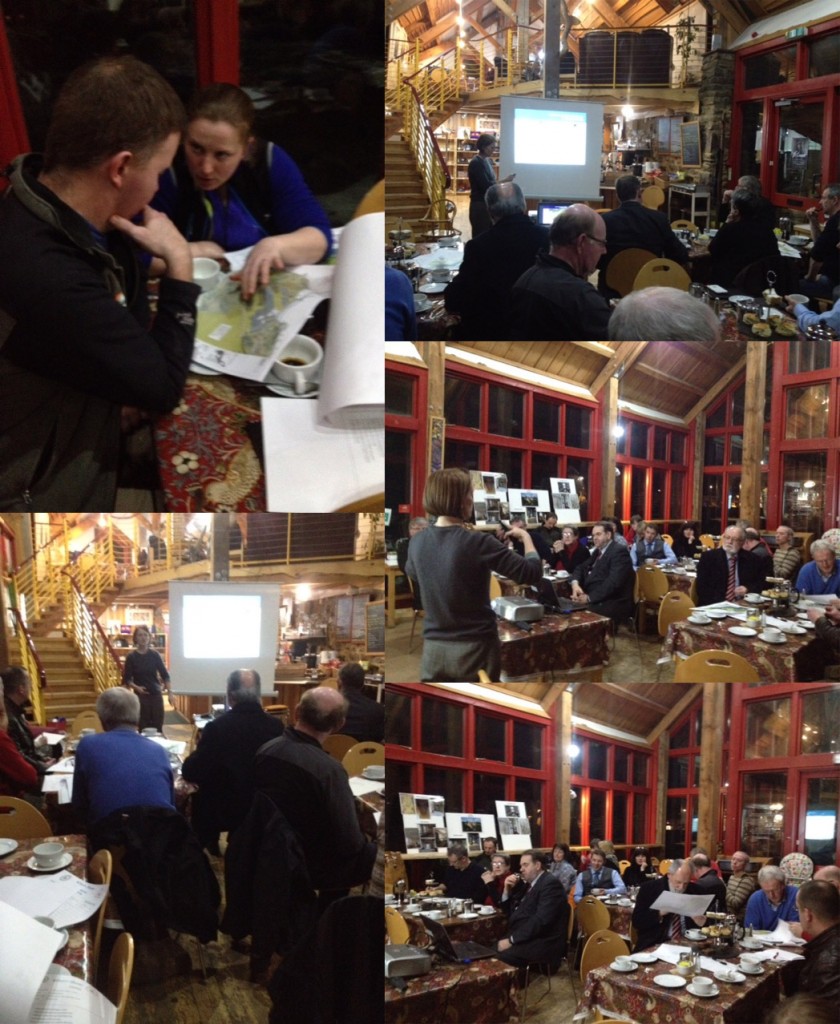 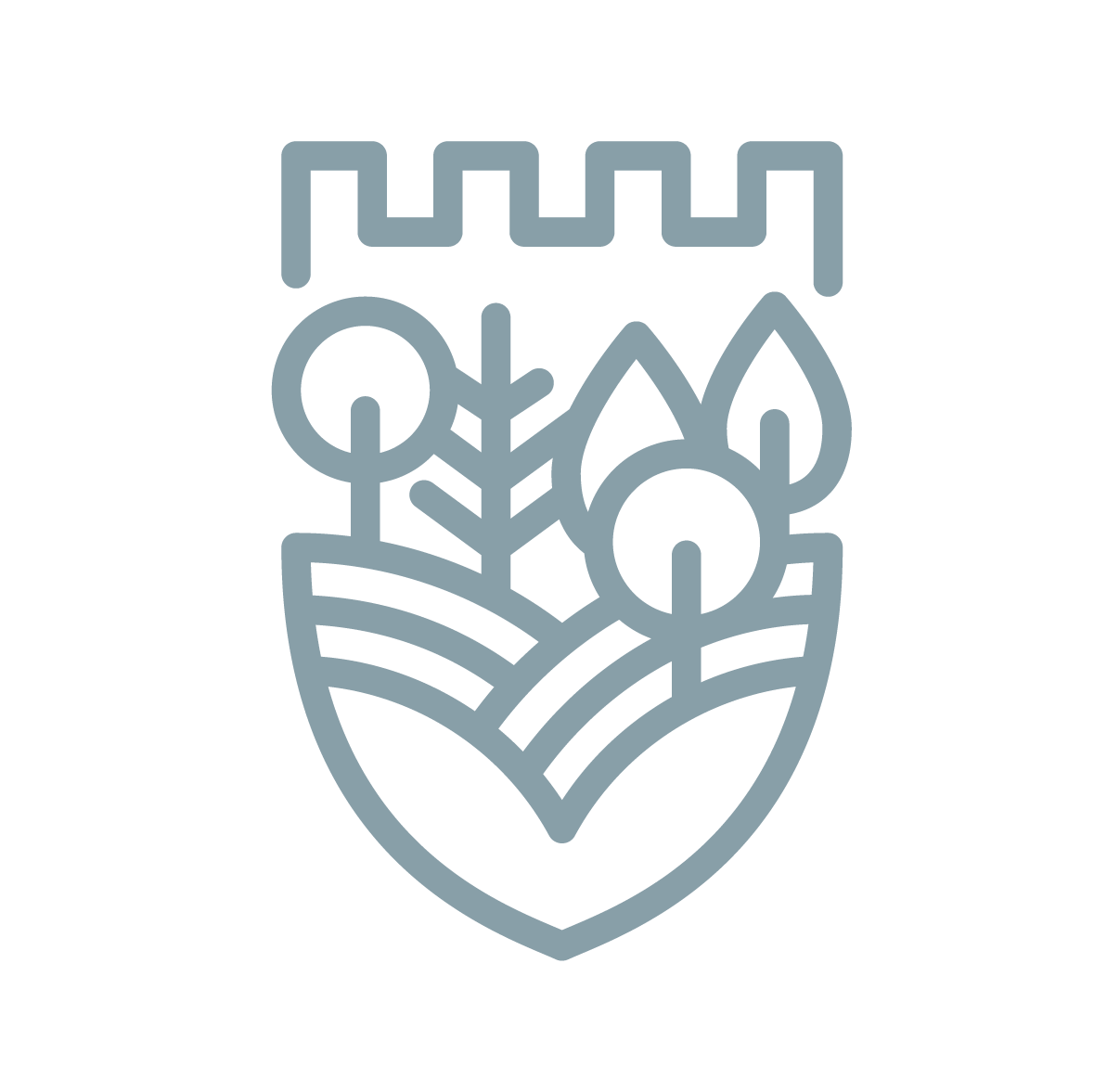